Hildegard of Bingen (1098 – 1179) combined a spiritual and cosmic understanding of the world through art, music, medicine and religion. She recommended and described all-inclusive visionary ideas 800 years ago concerning holisitic thinking and living. She was interested in the important questions of mankind, what causes healing and how to maintain health.  Each and every one of Hildegard of Bingen's books is about health, in which she „describes the way of healing and well-being and the universal continuity on which health is dependent." (Ruth Marie Walker-Moskop, Dissertation, Texas Austin, 1985).

Hildegard von Bingen, a Benedictine abbess, was admired as prophetissa teutonica, (German Prophet) by her contemporaries. In her visionary illuminations we see that everything is inseparably connected in the cosmic web of the universe. In contrast to the mystical wisdom and knowledge of the East, Western science has in the past few centuries abandoned any spiritual dimension and is responsible for the environmental disaster plaguing this fragile planet. The growing awareness of ecological threats to continued human existence brings into focus Hildegard's visions of God the Creator and the working of the universe as a unity. Hildegard's wisdom can heal the split between science and spirituality because it provides a synthesis of science and nature with religion. 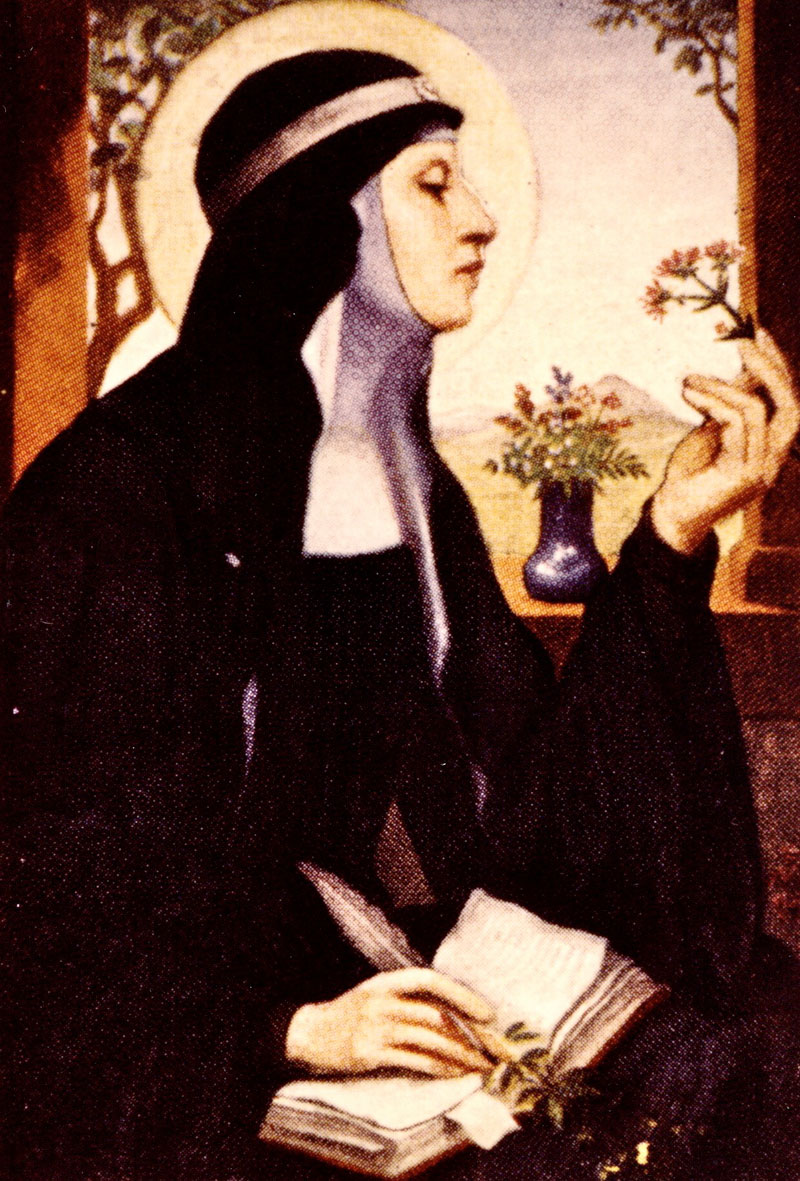 Shortly before Dr. Michael DeBakey's 100th birthday he wanted to hold a symposium in Houston with his fellow doctors to introduce them to Hildegard medicine. He himself had experienced the healing of a chest wound, which had been infected for almost 2 years with hospital bacteria. By applying a yarrow compress several times a day, as Hildegard described, and in addition drinking yarrow tea daily the wound finally healed and closed over. Through a spelt diet he was also cured of a life-threatening diarrhea. In addition he had found that galangal made his heart strong.

The abbess Hildegard of Bingen described galangal as a spice good for the heart, a spice that can even prevent a heart attack: „Whoever has pain in the heart area or is suffering weakness because of the heart, should immediately eat enough galangal and he will recover." According to Dr. DeBakey, 70% of all heart attack patients die in the first few hours after a massive myocardiac infarction. Unfortunately few people know that galangal can help immediately and often prevent death.